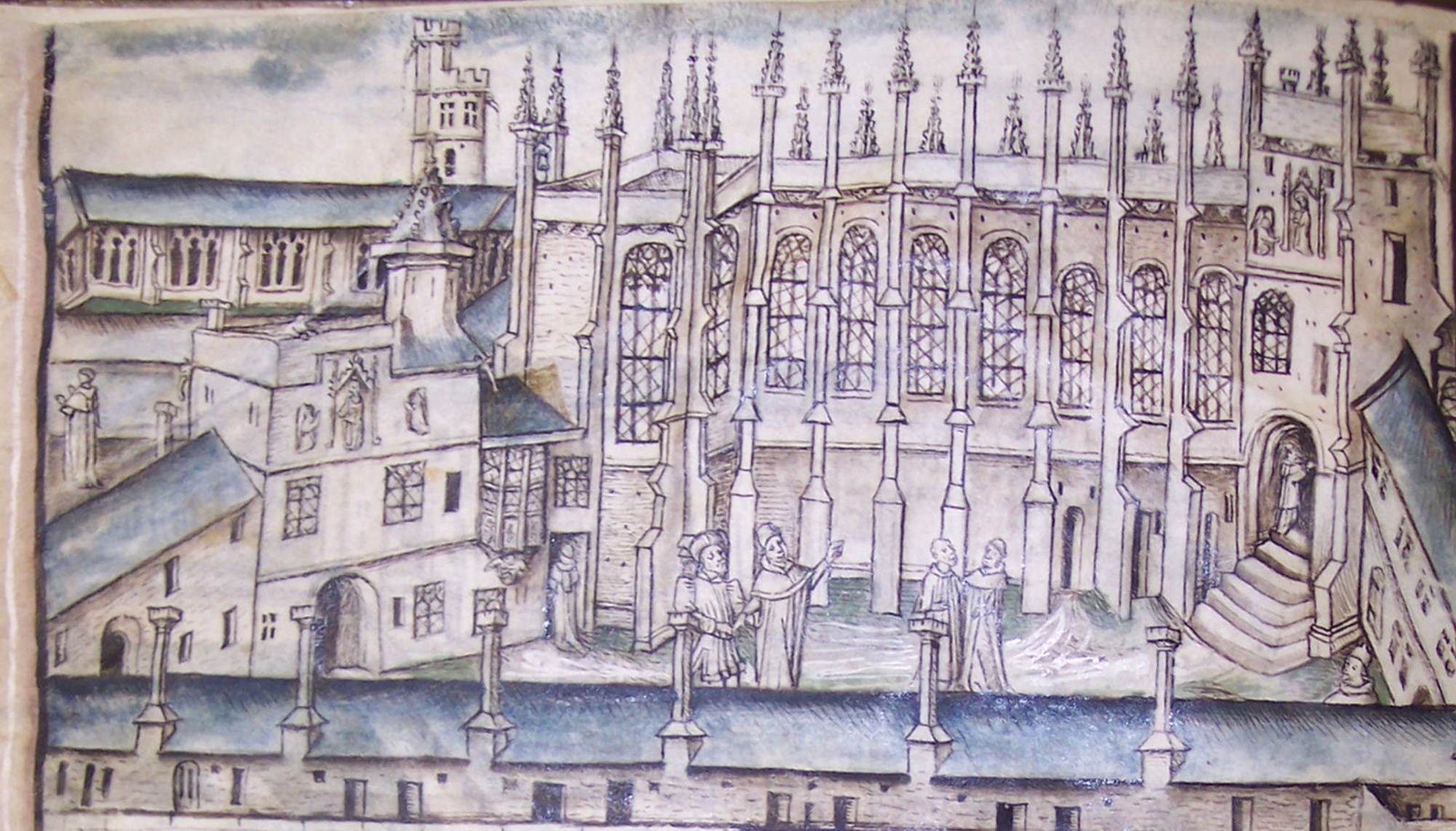 New College School was founded in November 1379 by William of Wykeham, Bishop of Winchester, as part of the foundation of the College of St Mary of Winchester in Oxford (commonly called New College Oxford). Wykeham provided for sixteen choristers, alongside ten chaplains and three clerks, to participate in services to the glory of God and to pray for his soul. In 1394 the College started to pay for an informator choristarum to teach the choristers singing and grammar.

William of Wykeham was born in 1324, the son of a serf and a native of Wickham in Hampshire. He was educated at Winchester Grammar School. At the age of 23 he entered the service of King Edward III as an architect and surveyor; he was ordained a priest in 1362. He was appointed Keeper of the Privy Seal in 1364 and went on to become the Chancellor of England and the Bishop of Winchester. He resigned the Great Seal in 1372 to devote himself to his Episcopal duties, and he founded colleges to support the Christian Faith and for the improvement of the liberal arts and sciences. His motto, “manners makyth man”, was adopted by all of them.

Since its foundation, New College School has had a peripatetic existence and it has varied in size according to the fortunes and demands of history. In the 1620s we know that choristers were accommodated on the site of New College itself as the attic between the hall and the kitchen was opened up for this purpose. They were taught in a schoolroom between the Chapel and the Cloisters, although this was disrupted during the 1640s when – faced with civil war – the Cloisters became a powder magazine. The boys predictably were distracted by this development; Anthony Wood, a pupil at the school, noted that they were of ‘a longing condition to be one of the train, that they could never be brought to their books again’. Nonetheless the choristers were moved to former servants’ quarters at the east end of the Hall which Wood called a ‘dark, nasty room and very unfit for such a purpose’. It was also during this period that New College School was mentioned in John Aubrey's famous "Brief Life" of Thomas Hobbes. In the late seventeenth century the vestry and song-room were refitted to accommodate one hundred or so new boys. This marked the moment at which the School, as today, educated many more boys than simply the choristers of the original foundation.

In 1694, following a sudden increase in numbers, the School moved outside New College itself, to the Congregation House at St Mary’s. The boys were taught by one of the School’s most notable Masters, James Badger. Badger was at the School for twenty-three years and he became (according to one manuscript in the Bodleian Library) ‘one of ye most famous Schoolmasters i 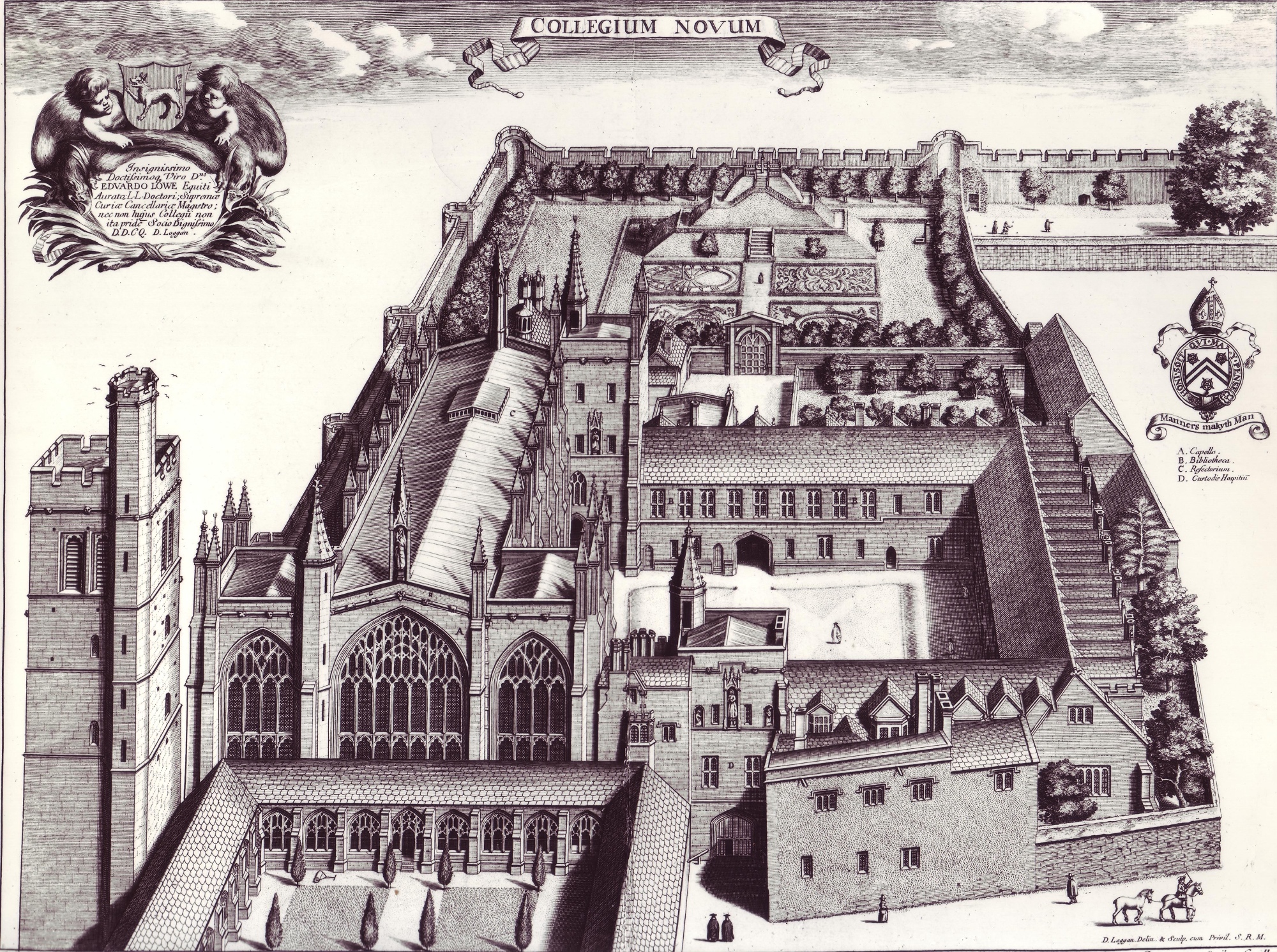 n England. Several Heads and Fellows of Colleges in this University had been his Scholars’. He, like many of the School’s tutors past and present, was also a published academic.

The School roll of 1737-8 recorded 117 boys at the School. By the end of the eighteenth century sufficient space had been found in College for the boys, and they moved back, though they were now based in the south undercroft. They moved again in the mid-nineteenth century, to two nearby houses – 26 and 28 Holywell Street – before moving again at the turn of the twentieth century to 6 New College Lane and 19 Holywell Street. The School’s wanderings ceased in 1903, however, when the land of its current site was purchased from Merton College. From this date, the School’s buildings have grown and been refurbished. The most recent addition was made in 2008: a state-of-the-art gym, art studio, and music technology suite commensurate with the School’s pre-eminent role in the musical life of the country.  An ambitious joint School/College building project is now underway to provide a new pre-prep, a new dining hall and kitchens, and a new theatre.

Copies of New College School: A History are available from the School Office, at a cost of £9.99 + £3 postage and packing.