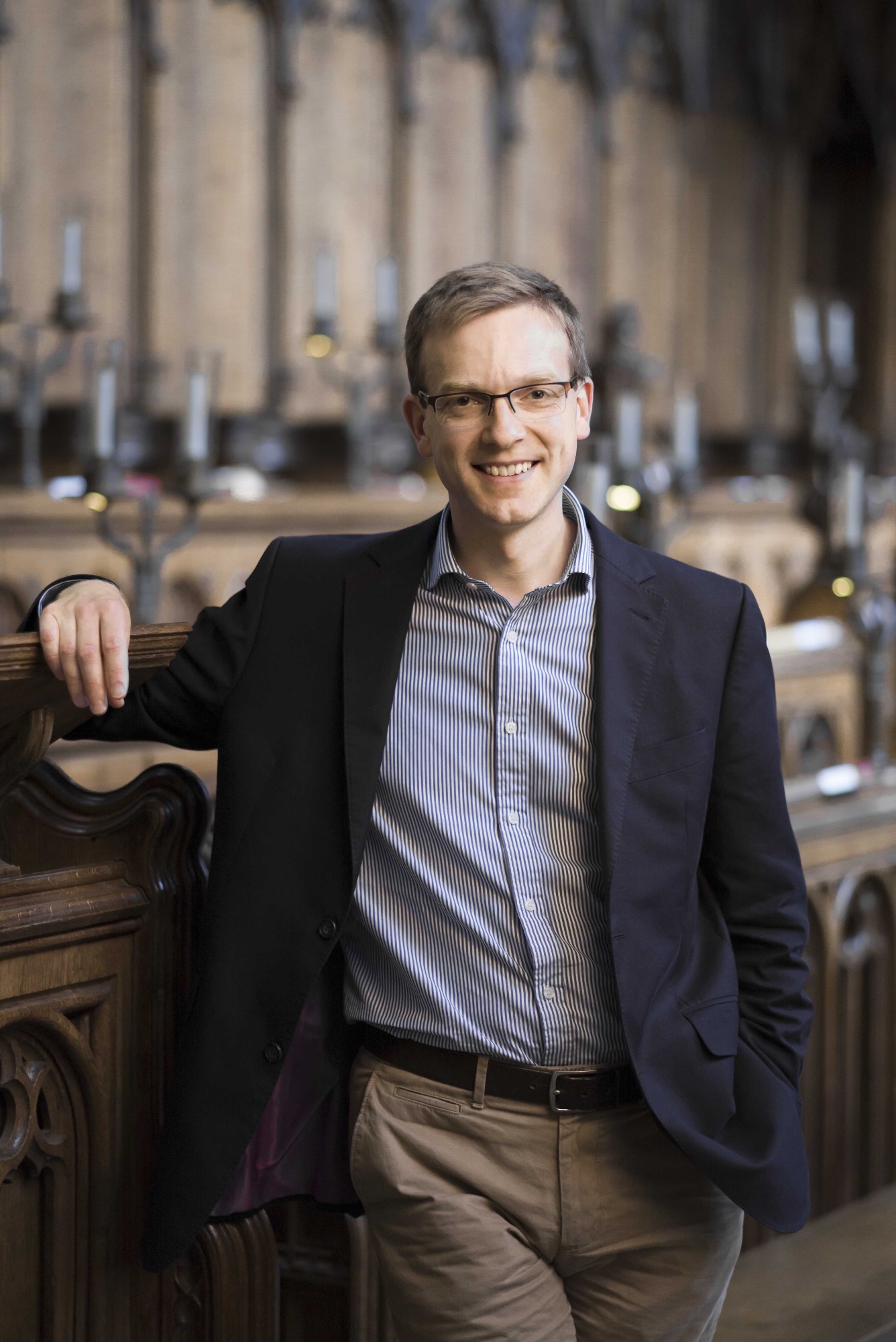 As Organist and Tutorial Fellow in Music at New College and Associate Professor at the University Faculty of Music, Robert Quinney's work comprises the daily direction and training of New College’s world famous choir; teaching and supervision of college students; and lecturing and examining at the Faculty.  He moved to Oxford in September 2014, after sixteen months as Director of Music at Peterborough Cathedral.

Robert Quinney was Organ Scholar of King’s College, Cambridge, and subsequently a postgraduate student under John Butt.  Since embarking on a full-time performing career in 2000 he has maintained a keen interest in academic music, with a particular research interest in J. S. Bach.  This has combined with his performing work in a series of Bach recordings on the Coro label, of which Gramophone wrote ‘Quinney’s Bach gets to the heart of the music with refreshing clarity and a communication born of genuine understanding’.

Before moving to Peterborough in April 2013, Robert was for almost nine years Sub-Organist of Westminster Abbey, following four years as Assistant Master of Music at Westminster Cathedral.  He accompanied those famous choirs in daily choral liturgies and on many recordings, international tours and broadcasts on radio and television.  In April 2011 he played for the Marriage of the Duke and Duchess of Cambridge, to an estimated television audience of two billion worldwide; the following year he was featured in the BBC2 documentary Westminster Abbey.

In addition to his Bach series, Robert Quinney has made critically acclaimed solo recordings of music by Elgar, Wagner, Brahms and Dupré, and appears as accompanist on a wide variety of choral CDs, principally with the choirs of Westminster Abbey and Westminster Cathedral and The Sixteen.