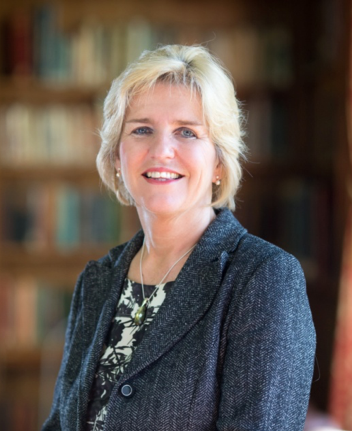 Mrs Jordan was educated at St Helen and St Katharine School, Abingdon, and read Geology at St Edmund’s Hall, Oxford. After a period working in the commercial sector, she completed her PGCE (Science) at the University of Manchester. She was Head of Sixth Form and Deputy Senior Housemistress at Wycombe Abbey School before becoming Headmistress at St George’s.

Involved in education at both a regional and national level, Mrs Jordan is a passionate advocate of single sex education and was Chairman of the Girls’ School Association Education Committee and sat on the GSA/HMC Universities Committee for 6 years.  She was a board member of the Independent Schools Examinations Board and is also an ISI inspector. Caroline was President of the Girls’ Schools Association in 2016.  She is now the Vice-Chair of the Independent Schools’ Council.

Mrs Jordan is the governor in charge of safeguarding in the absence of Mrs Jessica Williams.