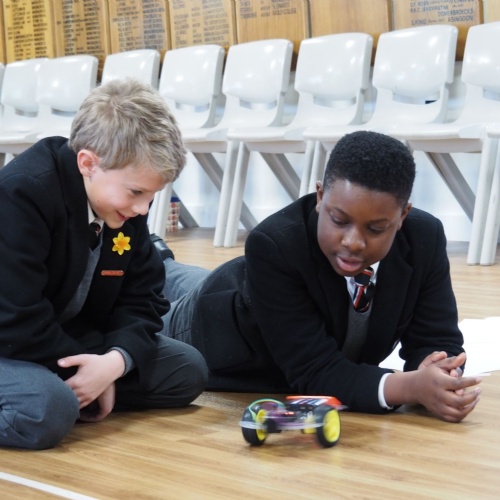 NCS celebrated with a STEM festival between 11 th and 15 th March.

The theme of the week was ‘Artificial Intelligence and Robotics’ and the school hosted a number of workshops, visiting speakers and demonstrations which allowed boys from all year groups to join in the fun. The week began in spectacular fashion with a Robot Wars style demonstration by Dominic Parkinson and John Reid who brought in their robot: Terrorhurtz. We watched in awe (from the safety of inside!) as Terrorhurtz raced around the playground wielding an axe and smashing up old filing cabinets and computer parks. Other activities included a Micro:bit maze workshop run by Science Oxford, a visit by a mobile planetarium and a Year 8 debate on the ethics of AI. Pre-Prep tested robotic arms in a lesson taught by boys in 8S. What an action-packed week!