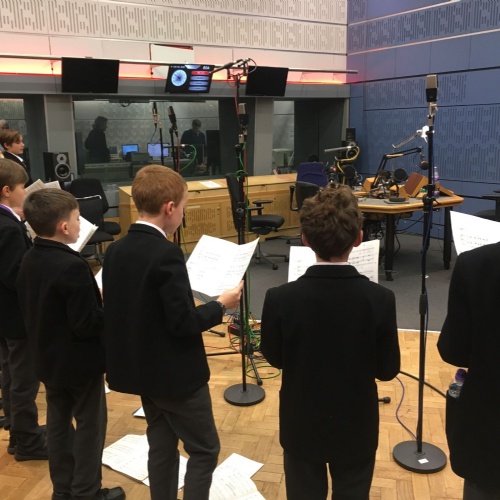 Christmas is, of course, a busy time of year for the choristers. In addition to the College carol services, there were some other highlights this year.

The boys provided the music for a charity carol service at St George’s, Hanover Square, during which the readings were given by a number of rather famous faces: Sir John Major, Aled Jones, Ian Hislop, Dame Eileen Atkins, Zoe Wanamaker, and Tim Henman (to name a few). A couple of days later, the choristers were back in London to perform on Radio 3’s ‘In Tune’, sharing the studio with two composers known for their contributions to Christmas music: John Rutter and Bob Chilcott. After a well-deserved weekend off, the boys’ final London commitment was a performance of ‘A New College Christmas’ at St John’s, Smith Square. Then, with just a few days to go until Christmas Day, the choristers’ festive season came to an end with a performance of Benjamin Britten’s ‘Ceremony of Carols’ back in New College.