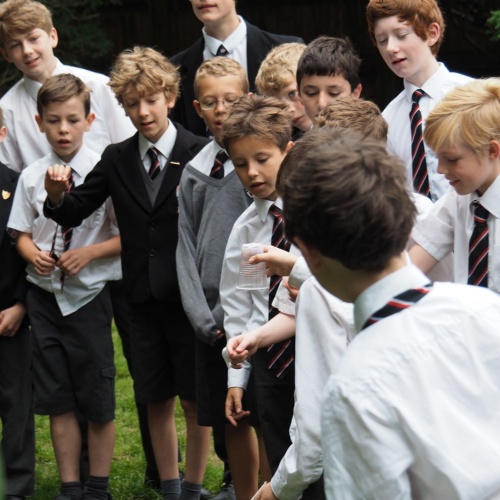 After Assessment Week the boys in Years 5 and 6 were lucky enough to have a visit from Mr Dominic Parkinson.

He came in to do a Science demonstration of the strength of atmospheric pressure. The demonstration involved heating a small amount of water in an empty oil drum, which had a small opening in the top. The water in the drum boiled and as it evaporated into water vapour, air was forced out of the drum. The drum was then sealed and cooled down which caused the steam to condense inside the drum. With no way for air to be drawn back in, the pressure in the drum dropped and it effectively became a partial vacuum. The force of atmospheric pressure was enough to implode it with spectacular results!