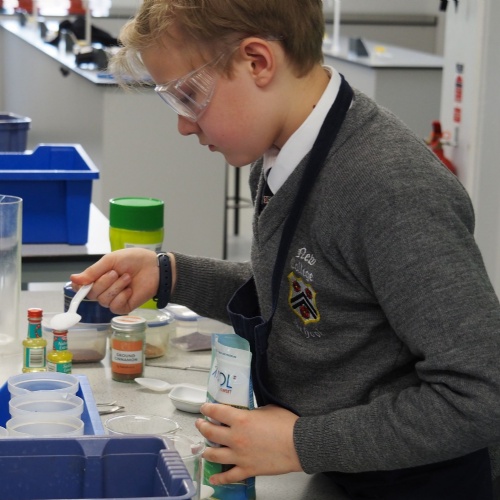 After their scholarship exams had finished, boys in Year 8S spent their Science lessons working towards their Bronze CREST Awards.

The CREST Award Scheme is organised by the British Science Association, encouraging pupils to learn by solving a problem or answering a question, rather than simply following instructions or being presented with information. The boys chose an area of Science in which they were interested and then carried a project to research their idea. Matty looked at DNA comparison as a way of providing evidence that foods really do contain what they say. Tom looked at designing a toothpaste recipe that could be produced and transported cheaply to developing countries. Christopher used research he had carried out to design and build a fluidised bed of sand to investigate friction. Thomas designed a system of modules that could be built to provide medical aid in disaster zones. The boys enjoyed the independence the scheme gave them, and the opportunity to study an area of Science that could be relevant to everyday life.