'Romeo & Juliet' at the RSC 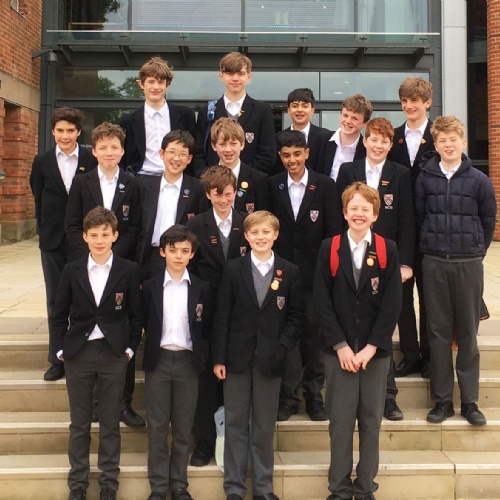 Having already read the play in our English lessons, Year 8 and 8S were excited to see the Royal Shakespeare Company production of Romeo and Juliet.

We arrived in Stratford upon Avon with plenty of time to look around the historic town, including Shakespeare’s school, the house to which he retired, and the church in which he is buried. We then arrived at the theatre, ready for the play to begin. It was a captivating production, ingeniously staged and impressively acted. It was set in the modern day, with minimalist staging, and I thought that the use of colour was very clever. In the prologue all was black and white, representing the prophesied doom of the ‘star-cross’d lovers’, then the amount of colour gradually increased until it reached a peak when Romeo and Juliet met. Finally, it reduced back to greyscale at the end when they died. My favourite characters were the Nurse (Ishia Bennison) because she was wonderfully acted, and Friar Lawrence (Andrew French), because I liked his character development. Overall, it was a very enjoyable and informative trip which we all greatly enjoyed. TS