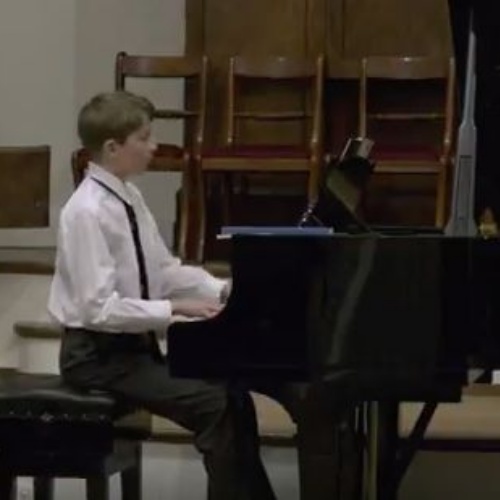 Prior to their senior school Music scholarship auditions, NCS boys got the chance to hone their musical skills with Charles Sewart, Head of Strings at The Purcell School, and in a special concert at the Holywell Music Room.

“I learnt to be brave and really go for it without worrying about little mistakes. Mr Sewart taught me that it is good to take risks and show your musicality - it’s not just about knowing the notes!” - Thomas

“Mr Sewart really helped to improve my confidence. He was very supportive and really made me think that I could do it.” - Tom

Severe and self-critical; a perfectionist; intolerant of failure, in oneself or in others - these might be the expected hallmarks of an international virtuoso violinist. Not so for Charles Sewart, ex-member of the Chilingirian Quartet (if you haven’t heard of them do check them out, they’re great) and Head of Strings at The Purcell School, one of the country’s most prestigious specialist music schools. He came to NCS to work with a very talented group of Year 8 boys who were all preparing pieces for their senior school music award auditions. His focus was not on ‘perfection’. Rather, it was on the life and character within the music itself.

He urged Christopher to move and be free (and to dance!) when he played his Bach concerto; to Arlie he suggested an injection of energy in his bowing when playing important notes; Tom found a different ‘voice’ when he played accompanimental figures in his sonata; Thomas brought out the dance qualities and contrasting moods of his Menuets; with Peter he worked on making bigger, bolder gestures in his gypsy-inspired Intermezzo; and he helped Bentley create moments of magic with moments of silence before and after playing.

Like all gifted teachers, Mr Sewart tailored his feedback to each individual pupil, and gave them all confidence to be themselves and to play from the heart. Following a concert in the Holywell Music Room, during which the boys got to put their feedback into practice, all of them went on to gain Music awards to their senior schools. Well done, boys!