Inspection of the City Walls 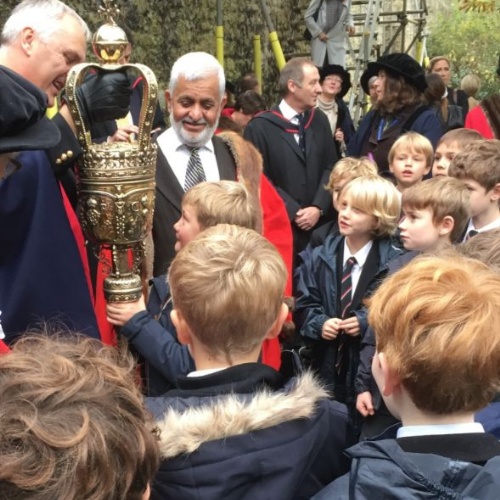 The inspection of the City Walls by the Mayor and Council in the presence of the Warden and Fellows was much enjoyed by Years 3 & 6.

The Mayor comes to inspect the walls every three years because William of Wykeham was only allowed to build New College against the city walls on the condition that the College maintains them in perpetuity. And we are still held to that, as the Bursar would tell you! The boys learned a little more about local history, local politics and much impressed the Mayor and her Councillors by their conversation and lively interest. A highlight for them was the opportunity to hold the heavy silver-gilt city mace, made in the time of Charles II and inscribed with his coat of arms.