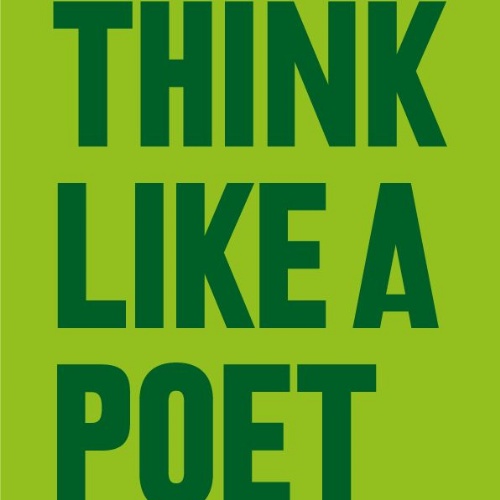 National Poetry Day was marked at NCS by a series of poetry-based events. Alongside lessons on Arnold's Dover Beach and Kerouac's Big Sur, there was some poetry writing in the library, as well as the eagerly-anticipated annual poetry slam.

The day began with EH's assembly on poetry and freedom, the text of which is below:

Today is National Poetry Day. But what is poetry all about? What does it mean to you? What is poetry? Is it all about love? Or pretty rhymes? Is it words printed on the page of a book? Poetry can be all this – but it can also be really powerful. Poetry can change lives and it can give hope to people who find themselves in terrible situations.

Every year there is a theme for National Poetry Day. This year it is Freedom. Freedom can be a butterfly released from the cocoon, fluttering wings, or the lazy daffodils freely swaying in the Spring breeze. But when we think of freedom and the power of poetry we can look beyond the flowers and the insects and at the human condition throughout history. Many of you boys sing ancient poems of freedom on a regular basis. Every Evensong you sing psalms. The psalms are poems written for singing. A large number of our hymns are also taken from the psalms. Composed over 2,500 years ago they include words of sorrow and lamentation for when the writers were prisoners or refugees in Babylon. The poets dreamed of freedom and these shared poems gave the singers hope. One example is psalm 137, which you heard as you came into the hall this morning. The composer Verdi used these ancient words for his chorus of the Hebrew Slaves in the opera Nabucco and these words continue to inspire and give strength to people who are oppressed.

So these words and ideas of freedom in the psalms were repeated and adapted and have inspired through generations especially those forced to live in a foreign land, or imprisoned. In nineteenth-century America these biblical poems were used and adapted by those forced into slavery in the form of spiritual music. The following short piece of music from Louis Armstrong makes the connection between the Israelites enslaved by the Egyptians and those enslaved on the American plantations with the shared refrain to let the people have freedom.

Earlier this year my husband and I visited a more recent place of imprisonment, Robben Island in South Africa. For over 27 years, Nelson Mandela was held a prisoner, for many of these years in a cramped cell on this island. Nelson Mandela believed and fought for the idea that all people should be treated equally whatever their colour or other differences. The government of that time disagreed and he ended up in prison. When we visited the place of his incarceration we were fortunate to meet Lionel Davies, a South African poet and artist who had spent seven years in prison alongside Nelson Mandela. He spoke of how they were often isolated and in small cells with only straw mats to sleep on and were forced to spend their days breaking rocks in the quarries. Mr Davies also spoke of the importance of words and books, especially that which could be shared through verse and poetry. The Bible and the psalms and the power of Shakespeare’s verse sustained them and gave strength.

There was, however, one particular poem, written by an Englishman, William Ernest Henley, in 1875 which was Mr Mandela’s favourite poem. When he lost courage or felt like giving up, he would recite it and it would give him the strength to keep going on.

Out of the night that covers me,
Black as the pit from pole to pole,
I thank whatever gods may be
For my unconquerable soul.

In the fell clutch of circumstance
I have not winced nor cried aloud.
Under the bludgeonings of chance
My head is bloody, but unbowed.

Beyond this place of wrath and tears
Looms but the Horror of the shade,
And yet the menace of the years
Finds and shall find me unafraid.

It matters not how strait the gate,
How charged with punishments the scroll,
I am the master of my fate,
I am the captain of my soul.

These words encouraged Mandela to show strength and belief, whatever challenges he encountered over those 27 years waiting for freedom. As many of you will know, Nelson Mandela was not only freed, but went on to become president of South Africa.

But the story of the power of poetry, the inspiration of the ancient psalms and the sustaining influence of the words of William Ernest Henley doesn’t end with President Mandela.The poet, Henley, wrote the poem Invictus, when his leg was amputated after an illness. He was determined that he would not give up and despite the challenges he would find freedom and the strength to continue. Appropriately this is the poem that has been used to symbolise the Invictus Games that started this week in Canada. The words of the poem continuing to inspire these athletes, badly injured in the service of their countries, to take control of their destiny, not to allow defeat and in that way – to be free.