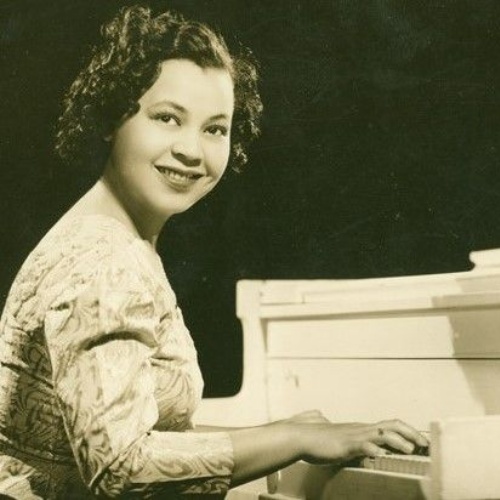 On 11 December, the NCS Choral Society and Chamber Choir premiered Margaret Bonds's cantata, 'Ballad of the Brown King', as part of their Christmas concert.

Below are Isobel Rose's programme notes from the performance:

Bonds was born in 1913 in Chicago, Illinois, and dedicated her life to music studies, teaching, performing, composing and arranging. As an African-American child prodigy, she was a student of Florence Price, whose E minor Symphony has become commonplace in orchestral repertoires worldwide. By the age of 20 Bonds became a recipient of the Wanamaker Foundation Prize for her orchestral composition ‘Sea Ghost’. Bonds attended Northwestern University, though on account of her race was not permitted to live on campus. Activism pervaded her career, founding the Allied Arts Academy in 1936 in order to provide support for talented African American young musicians in Chicago. Part of what Samantha Ege describes at the ‘Black Chicago Renaissance’, Margaret Bonds is thought to have contributed to cultural innovations in inter-war Chicago as part of a collective of Black musicians. Ege suggests that the Chicago Collective, with which Bonds was closely affiliated, was not necessarily a classic bohemian-style hub of artistic minds that we might affiliate with a metropolitan ‘melting pot’ culture. Instead, Ege describes this setting as one of domestic connectivity and ‘fellowship’ amongst a host of specifically black female musicians. This led to a wealth of self-contained musical output within the ‘Black Metropolis’ of 1930s Chicago. Following this rich creative period of composing, teaching and performing, Bonds moved to New York in 1939, and lived in Harlem establishing vital community links, a Cultural Community Centre and services as part of her social activism.

The Ballad of the Brown King was first performed on 11 December 1960 in New York, and is a setting of poetry byLangston Hughes, who collaborated closely with Bonds in a number of her works. The aim of this libretto is clearly stated from the off; that of drawing focus to the skin colour, and thereby origins, of one of the wise and powerful men from a distant land who came to worship the baby Jesus in Bethlehem. We hear Hughes’ musings on Balthazaar, a biblical figure who, whilst not mentioned by name in Matthew’s Gospel, became a central figure of many artistic interpretations of the Wise Men in the Renaissance period. Interestingly, Bond’s cantata is one of the first musical works to do so and the text is thought to be dedicated to Martin Luther King Jr. Hughes’ commitment to civil rights activism cannot be ignored in this work, as choosing Balthazar as a ‘black icon’, both he and Bonds chose to place this Magi’s blackness as the dominant theme, naming potential origins beyond merely the ‘Orient’ so commonly associated with these three ‘wise men from the East’. Locality of this Saint lies at the centre of their narrative in order to deconstruct the Eurocentric imagery that has been commonly associated with the Nativity story.

Balthazar’s blackness can be seen in numerous artistic interpretations of the Adoration of the Magi as noted in Venerable Bebe’s early description. Interestingly, there are thought to be very few images before 1400 of Balthazar with black skin. Albrecht Dürer’s Adoration of the Magi from 1504 is one of the earliest examples of paintings depicting Balthazar as a black man. Nigerian-British poet, Theresa Lola, gave voice to colour as part of a recent exhibition at the National Gallery presenting Dürer alongside a recitation of her poem ‘Look at the Revival’:

I am heading home

carrying the strange weight of my last encounter.

the words shake in my ear like a drunk fly.

The ground seems to be opening its teeth,

either to bite or to kiss me— my eyes feel foreign.

I guess to know deeply, one must look deeply.

This contemporary poetry aptly reflects our performance of Bond’s Cantata. It is performed with great humility and reverence of the historical context of 1950s America. It is also a bid to celebrate, and pay respect to, diversity and the coming-together of communities that we might see during this time of expectation, rebirth and renewal. To perform Bond’s work is to recognise the steps that are still being taken in bringing her work from the margins of Classical repertoire to a central space in this evening’s performance, future concert programmes and curriculum. One can only marvel at the homage that Bonds gives to her own musical heritage with expert synthesis of classical four-part choral writing, spiritual, gospel, calypso and blues that can be heard throughout the movements of this 25-minute cantata. We give thanks to Malcolm J. Merriweather for his orchestration used for our performance, as Margaret Bond’s original orchestration has never been published and is yet to be recorded.