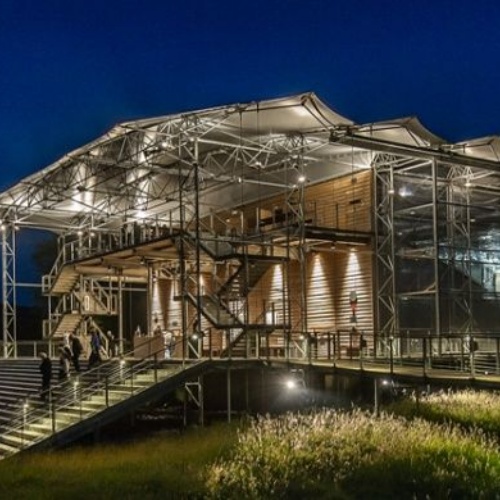 Two of our Year 8s starred in productions at Garsington Opera during the summer of 2021.

"When I auditioned back in March for a part in Garsington Opera, I had no idea of what it would really entail if I won the part. Garsington Opera is situated in the stunning Wormsley Estate near Stokenchurch and it runs an annual season of opera performances. The opera I auditioned to participate in was Amadigi and I won the part of Orgando. When I found out I had got the part I was very sceptical: opera and performing in this way have never really been my thing. However, I accepted the part and whilst I did carry my suspicions into the event, the whole occasion exceeded my expectations. Even though I found the performing part uncomfortable at times, the beautiful scenery, and the very hospitable people involved in the opera made me feel very welcome. The experience is one that I will cherish for a long time." Edmund, Year 8

"During the Easter holidays I was invited to take part in Garsington Opera’s Der Rosenkavalier. This opera, by Richard Strauss, has been amazing to work on, with the wit of the third act, and the beauty of the final trio, the opera is fun and diverse. We had multiple rehearsals, some in London and most at Worsley, and I had the opportunity to meet, and work with, some amazing musicians. Now we are in the midst of performing and it has been great to see our progress come together and being shown to the public." Paddy, Year 8S