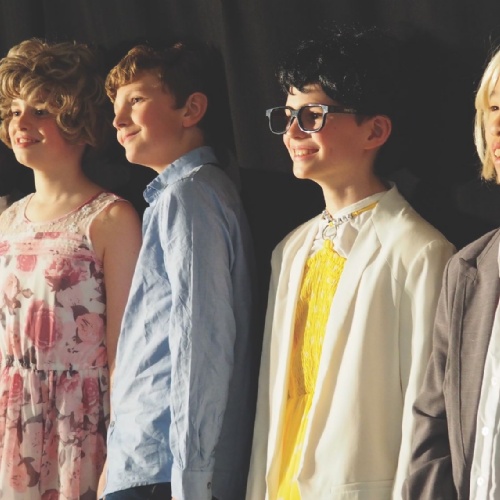 As the name of this year’s French play suggests, a mother and her three sons are watching TV. They watch ‘Les Chiffres et les Lettres’ (Countdown),  ‘Millionaire’ (Who Wants to be a Millionaire?), ‘Les Actualités’ (the News) and  a slightly twisted  ‘Le meilleur pâtissier’ (Great British Bake Off) - twisted in the way that Mary Berry tends to not chase Paul Hollywood off the set with a rolling pin. Not in most episodes, at least! There was limited time to prepare, so there was always something going on in rehearsals, whether it be correcting pronunciation, moving swiftly from scene to scene or choreographing songs. On both evenings the play went very well. The day after, we were allowed to eat the cakes from the GBBO scene. All boys in Years 5 and 6 thought the cakes were delicious! Well done to all, but we couldn’t have done it without JH, LBr and RP. Lyndon Chen