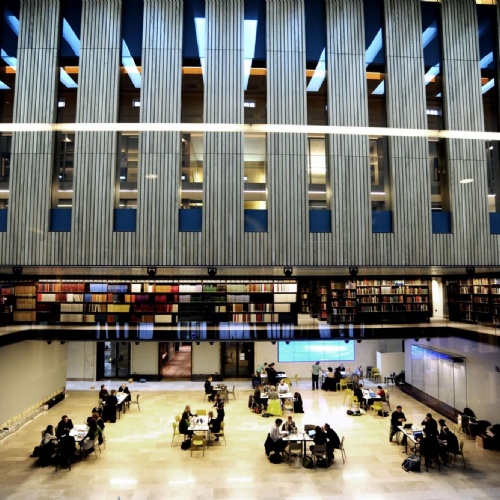 Year 4 were able to take full advantage of the amazing resources Oxford has to offer when they went to the Bodleian Library’s Talking Maps Exhibition.

There they were able to see a fantastic 16th Century copy of an Islamic map called The Book of Roger, to tie in with their Great Civilisations topic this term, The Golden Age of Islam. The boys learned a bit about al-Idrisi, the creator of the original map, Roger of Sicily who commissioned it, and some unusual quirks of the map’s design, such as the fact that South was at the top! This was one of the first world maps created and to see the earliest extant version was a real privi- lege. The boys also enjoyed looking at the interactive features of the exhibition and a giant silver disc on which al-Idrisi’s map was engraved.