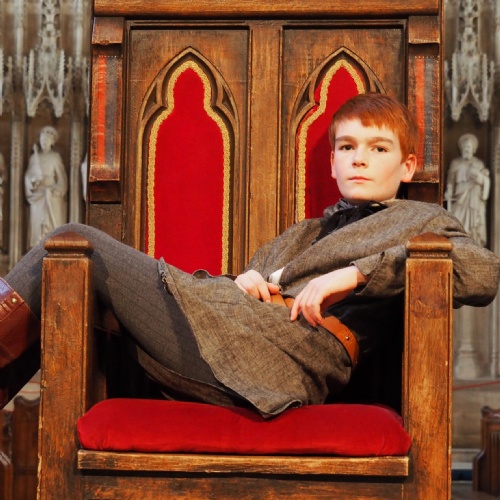 Years 7 and 8 had a fantastic time rehearsing and performing Henry IV, Part 1 in the splendid surroundings of New College Chapel.

The play is as much about Sir John Falstaff and Prince Hal as it is about the eponymous king. Our historical backdrop was provided by the rebellious machinations of Hotspur, Glendower, Mortimer and company, culminating in the Battle of Shrewsbury. But most theatre-goers remember the entertainment provided by the larger-than-life sack-quaffing Falstaff, the not-quite-yet reformed Prince Hal, and their rascal companions. Being an hour-long version of the play, much of the burden had been taken off the main characters’ shoulders, but different Falstaff/Hal scenes had been merged together to give a taste of the fantastic bawdy insults and the interplay between the characters. Each of the rebels (or would-be rebels) had their moment on stage, but often this moment was a but shorter than in Shakespeare’s original version!